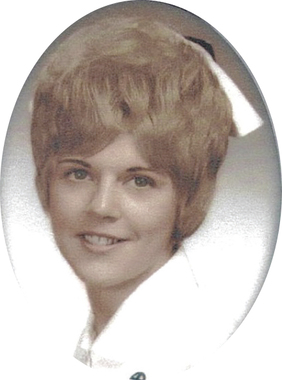 Back to Linda's story

Abbot - Linda Jean (Stone) Zimmerman, 73, died Friday, January 24, 2020 at Northern Light Eastern Maine Medical Center in Bangor of complications from cancer. Linda was born in Dover-Foxcroft on May 2, 1946 to Carl and Pauline (Smith) Stone. She graduated from the Salem (Massachusetts) School of Nursing in 1967, one weekend before she married Robert M. Zimmerman. Linda and Bob lived many places, including Connecticut, Bangor, Levant, and Guilford, but they were the happiest in their "camp" on Piper Pond in Abbot. It was the site of many anniversary, birthday, retirement, and Sab-Mag NOE parties. Both of their children, Jeff and Sheri, had their rehearsal dinners "at camp."
Linda was an operating room nurse through and through, spending the majority of her 40-plus-year nursing career at St. Joseph's Hospital in Bangor and as the Director of Surgical Services at Mayo Regional Hospital in Dover-Foxcroft. She became an RN first assistant and assisted the surgeons in their work. It is very likely that if you had surgery at Mayo, Linda did your pre-op interview. After her retirement, she became a trustee on the Hospital Administrative District 4 board. She was proud of her hospital and the people who worked there. She believed in Mayo Regional Hospital.
Linda had a number of jobs and roles but being mee-mee was one of her favorites. There were no rules at mee-mee's house. French toast and syrup in the living room while you watch cartoons? Sure. Everyone wants something different for lunch? Will do. She traveled hours to see her grandchildren play field hockey, soccer, and ice hockey. She often made chocolate chip cookies for the team to eat on the bus ride home, although sometimes the team finished them off on their walk to the bus.
Linda had a long battle with medical issues but never complained. Her positivity and strength were admirable. She often said how lucky she was and how much worse things could be. And she meant it. She was very grateful to be able to receive most of her cancer care at Mayo Regional Hospital's Tracy Hibbard Kasprzak Cancer Treatment Center. She looked forward to treatment Tuesdays and gossiping with her nurses, Lisa and Darcy.
Linda is survived by her loving husband of 52 years, Robert; her son, Jeffrey Zimmerman and his wife, Tracy, and their daughter, Anna; and her daughter Sheri Taub and her husband, Chris, and their children, Emmet and Molly.
Her family will be forever grateful for the wonderful care Linda received and would like to thank Lisa and Darcy, Dr. Matthew Hayn, Dr. Allan Louie Cruz, Dr. Sarah Sinclair, Dr. Elizabeth Dennis, the nursing staff at the Northern Light Cancer Center, and the Emergency Room staff at Northern Light Eastern Maine Medical Center for the loving and respectful care they provided. Thank you to the many friends and family that have supported Bob and Linda with calls, messages, meals, chores, and their unending support.
A memorial service celebrating Linda's life will be held 1PM Saturday, February 1, 2020, at the Guilford United Methodist Church. A reception will follow. In lieu of flowers, please consider donations in Linda's name to the Guilford United Methodist Church, P.O. Box 267, Guilford, ME 04443. Arrangements are in the care of the Lary Funeral Home. Messages of condolence and memories may be expressed at www.laryfuneralhome.com.
Published on January 28, 2020
To send flowers to the family of Linda Jean (Stone) Zimmerman, please visit Tribute Store.

Send flowers
in memory of Linda

A place to share condolences and memories.
The guestbook expires on April 26, 2020.