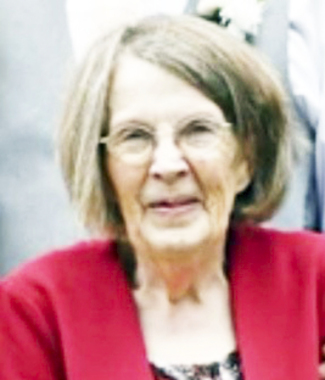 Back to Margaret's story

Dover-Foxcroft - Margaret Ann Mackie, 72, passed away unexpectedly at home on January 4, 2020. Margaret was born July 13, 1947 in Dover-Foxcroft, daughter of George and Geraldine (Callahan) Magee of Guilford.
Margaret graduated from Piscataquis Community High School in Guilford in 1965. She went on to attend cosmetology school in Bangor. She later became the manager of the shoe department at the Ames department store for 12 years, followed by over 20 years of devoted caregiving at the Charlotte White Center. Margaret enjoyed spending time with family, friends, and at Sebec Lake where she was looking forward to retiring.
Margaret is survived by her husband of 52 years, Richard Mackie, Sr.; three children, Richard Mackie, Jr. and his wife, Colleen, of Garland, Sean Mackie and his wife, Mary, of Limerick, and Angela Dotterweich of Spring Lake, NC; six grandchildren, Jordan, KayLee, Ella-marie, Melissa, Kyle, Landon; one great-granddaughter, Jolene; four siblings, Michael Magee and his wife, Pat, of Corinna, twin sister, Mary Downs and her husband, Bill, of Sebec, Martha Turke of Dover-Foxcroft, and Maureen Sylvain and her husband, Nelson, of Abbot; and several nieces and nephews.
Margaret was a very strong, devoted Christian and attended Anchor Holds Church of God. The family invites you to join them in celebrating Margaret's life, 2PM Saturday, January 11, 2020, at the church, 57 High Street, Dover-Foxcroft. Arrangements are in the care of the Lary Funeral Home. Messages of condolence and memories may be expressed at www.laryfuneralhome.com.
Published on January 7, 2020
To send flowers to the family of Margaret Ann Mackie, please visit Tribute Store.

Send flowers
in memory of Margaret

A place to share condolences and memories.
The guestbook expires on April 05, 2020.

Ivan & Charlotte ( Copeland) Higgins from Milo,Me.
So sorry to be reading of another classmate passing 1965 from P.C.H.S. Guilford, Me. Many thoughts and prayers to all the families. May God be with you all.
David T Rice
Sending my condolences to the family specially Richard Mackie Sr.