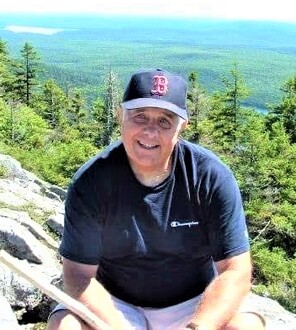 Back to Richard's story

Duluth - The rich life of Richard Earl "Dick" Albee traversed the world and featured plenty of hard work, good nature, warm smiles, and dry wit.
Remembered for his kindness, friendship, and sense of humor, honor, and purpose, Dick passed peacefully on January 5 at Me Sun Hospice in Lawrenceville, GA after a 12-day hospital stay and years of commitment to family plus military and community service. He was a coach, mentor, and "Big Brother" to many.
"I feel blessed," Dick said three days before his death.
Dick is survived by a son, Dale of Sandy Springs, GA; a daughter, Jennifer of Denver, CO; two sisters Donna of Lisbon Falls, ME and Dianne of Dexter, ME; a brother, Dave, of Petaluma, CA, and numerous nieces, nephews, cousins, friends, and his Siamese cat Ling Ling. Dick was preceded in death by his parents, Betty and Earl, both of Dover-Foxcroft, Maine where Dick was born, and a stepmother, Pauline Davis Albee of Guilford, ME.
Also known as "Dickie," Dick was a versatile three-sport athlete at Foxcroft Academy where he had a high school career batting average of .414 in baseball. He graduated from Foxcroft in 1962 and majored in Health and Physical Education at Aroostook State Teachers College, now known as University of Maine Presque Isle. He and his college sweetheart, Cynde Trout of Marshfield, Mass., were married in 1966 when he graduated and bought a classic black 1965 Ford Mustang. Dick soon after became the P.E. instructor and head varsity baseball and basketball coach at Shead Memorial High School in Eastport, ME.
Married for 30 years, Dick enlisted in the United States Air Force in 1968. He was stationed at Zapata AFB in Texas, and later at Fritwell Oxfordshire in England and Zweibrueken AFB in Germany before serving as a staff sergeant and photo interpreter for F-4C/F-111B at Cannon AFB in Clovis, NM. He also earned a master's degree in Guidance and Counseling from Ball State University.
In 1975, Dick joined the Department of Defense as a United States Army Civilian at Fort Carson in Colorado Springs, CO. He became Chief of Community Recreational Division and continued his Civil Service at Camp Zama in Kanagawa Prefecture Japan near Tokyo. He was instrumental in creating and overseeing impactful youth sports programs and activities on the U.S. Army post.
In 1990, Dick and his family returned to the U.S. where he became a Logistics Officer for the Department of Defense at Fort McPherson Army Base in Atlanta, GA. In 2002, Dick retired from the U.S military and moved back to his home state of Maine. He lived briefly in Old Orchard Beach before settling in Newcastle as a part-time school bus driver.
Dick moved back to Georgia in 2012 to be closer to his children and their mother. He lived in Duluth until his death, but often visited Maine.
"A Celebration of Life memorial will be Sunday, August 9, at the American Legion Hall in Dover-Foxcroft". In lieu of flowers, send donations to the Polycystic Kidney Disease Foundation: https://pkdcure.org/tribute-donation/
Published on January 10, 2020
To send flowers to the family of Richard Earl Albee, please visit Tribute Store.

Send flowers
in memory of Richard

Dyna-Kaye Curtis
My condolences to the Albee family. Dick was an amazing father, son, brother and uncle.
With Dave's help we reconnected after about 50 years. I will cherish those times.
Fly high young man. Til we .eet agsi..
Shirley Ruksznis Young
I used to love to play baseball in Dick's front yard on North St. in Dover-Foxcroft, Maine! He was kind enough to let this skinny little girl play!!!
Me & Mrs Richard Bowie
Our condolences to the Albee family. We will always remember his visits to Greenwood Pond.
Jim Harvey
One of my first hometown sports heroes, Dicky played all three sports, and we as younger kids followed him and his teammates in all of them . His baseball swing was one to be emulated. The high school basketball team played in the tiny grammar school gym to packed seats. We considered them equal to Greek Gods. He always treated my buddies and me as athletes of the a academy's future. A great person for a role model.
Jeanne Albee Bumpus
My dear cousin who I pulled out of the lake when he was five years old and I was fourteen. He fell off the pier. We have stayed in touch recently but didn't know how sick he was. God bless you Dick you will be missed.
Doris and Dane Powell
Our many thoughts and prayers are with you all.❤️
Sandy Smith-Nickerson
I am sure glad that I met this wonderful man. He was like his Dad " Earl". very easy to speak to,very polite. God has received a new Angel. God Bless!
View all