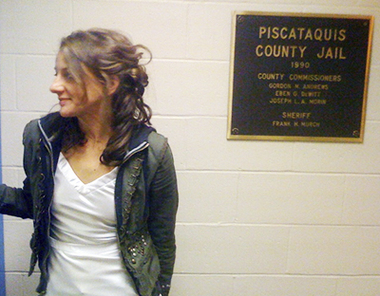 Back to Sydney's story

Albuquerque - and Dover-Foxcroft - It is with tremendous sorrow that we announce the passing of Sydney Blythe (Mackey) Haggerty at the age of forty-five in Albuquerque, New Mexico.
Sydney was born on the first day of Spring in 1974 in Montague, Massachusetts and grew up in Central Maine. She attended Dover-Foxcroft schools and graduated from Foxcroft Academy. Sydney excelled athletically and was a two time state champion hurdler and co-captain of Foxcroft Academy's first state champion field hockey team. She was also a skilled musician, performing in the Concert and Jazz Bands. She attended the University of Vermont and achieved her baccalaureate at the University of Maine in Women's Studies and Sociology. She used her education and skills to improve the lives of children in Maine and elsewhere as a researcher in early education.
Sydney had a profoundly vibrant and courageous spirit, full of compassion and the desire to help others live full and happy lives. She shared her courage and fierce wisdom through the practice and teaching of martial arts and energy practices, through the fellowships of Alcoholics Anonymous (AA) and Adult Children of Alcoholics (ACoA), and through the power of her presence, her intelligence, and her deep and loving heart.
Most recently, she lived seasonally, summering in Maine and wintering near Albuquerque, New Mexico, renovating a mountain cabin with her husband. She was proud to be the manager of Peaks-Kenny State Park in Dover-Foxcroft, Maine, her hometown.
Sydney was admitted to the University of New Mexico Hospital in Albuquerque, New Mexico on February 26, 2020 and passed away on March 2, 2020 of complications relating to a subarachnoid hemorrhage resulting from a ruptured aneurysm.
She is survived by her husband John; her parents, Susan and Fred Andrews of Dover-Foxcroft, Maine and John and Sally Haggerty of Harpswell, Maine; and her sister, Jessamyn Mackey of Portland, Maine and her partner, Ben Mahn, of North Conway, New Hampshire. Her family in New Mexico will miss her deeply--they are Robert Haggerty and Meggan Gould of Tijeras, New Mexico; her nieces Nola Fern and Lydia Moxie; and her aunt Kathy Johnson and her husband Vince Hopkins.
She is also survived by uncles and aunts including David and Marie Johnson of Clarksburg, Massachusetts; Betsy Cassidy and her husband, Brad Douglass of Galax, Virginia; and Linda and Don Dashnaw of Southbridge, Massachusetts and many cousins, nephews, and nieces.
Sydney was predeceased by three uncles, Peter Johnson of Shrewsbury, Massachusetts; Mark Johnson of Albuquerque, New Mexico, and Scott Cassidy of Virginia Beach, Virginia.
She will also be missed and remembered by countless friends whose lives she touched with her compassion and her love.
A celebration of Sydney's life will be held in Albuquerque at the First Unitarian Church of Albuquerque at 3701 Carlisle Blvd NE on Saturday March 7, 2020 at 10:00 in the morning with a reception following. There will also be a celebration in Maine at a date to be announced.
In lieu of flowers, the family requests that donations are made to the wonderful people who supported us so well in these last days, New Mexico Donor Services. Please donate in Sydney's memory by clicking on donatelifenm.org. Your gift helps to support their work that was so important to her.
The family also encourages you to become an organ donor. Sydney's legacy of generosity and compassion will live on tangibly in others. She donated her vital organs so that others might continue to live. We were filled with joy to learn that at least three families have loved ones who will receive her organ and tissue gifts. Even in her death, she gives life and hope to others.
Nobody ever tried harder than Sydney. She was full of bravery and will be remembered as an example of courage and determination by all who knew her. She will be deeply missed.
Messages of condolence and memories may be expressed at www.laryfuneralhome.com.
Published on March 4, 2020
To send flowers to the family of Sydney Blythe (Mackey) Haggerty, please visit Tribute Store.

Send flowers
in memory of Sydney

A place to share condolences and memories.
The guestbook expires on June 01, 2020.

Norm and Terri Hill
We are so sorry to hear about this sad news.
Thinking about you all and sending our love.
View all 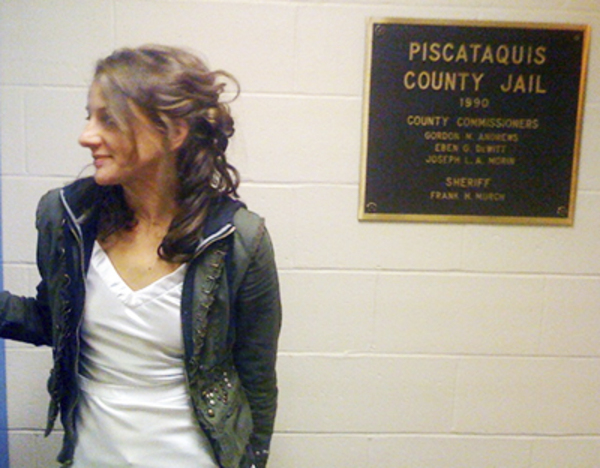